skip to main | skip to sidebar

Well, it's been a minute. Life got in the way. Since I wrote my last post, I've raised two kids and taught almost one thousand students. But I'm back. My muse never left, just allowed me to slow down and live the other beautiful parts of my life.


So now my middle-grade historical, TRAPDOORS has been launched into the world, the butterfly on my chest grows bigger and bigger. I long for its wings to take flight.


My novel is the fictionalized version of my father's childhood scenario: 5 Greek kids orphaned in the projects of East LA in the 1940s. I interviewed my father and my aunts and uncle for years--fascinated by their stories. To accompany the true facts in my book, I had to do a lot of research in libraries, online and in person. 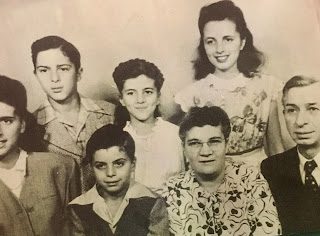 This summer, I visited two hauntingly important places in our history where I felt immersed in the sad, honest and brutal tails of race and immigration. Places that are so vital to us as people; fierce reminders of the discrimination, racism and oppression that have grown like roots under our nation.


At Ellis Island, NY, I found myself in a whirlwind of questions about what life was like for my grandparents who immigrated during the second immigration boom between 1910-25, after the Immigration Act of '24 was enacted by Pres. Coolidge to limit the numbers of Asians, Eastern Europeans and Mediterranean people. We know my pappous, Peter Polydoros, arrived in 1910, returned to Greece and brought my grandmother back around 1925, but we could not find record of their entry point. Yet, I do know that they entered a country that was not always welcome, simply due to the country of their origin. 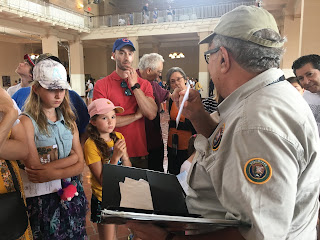 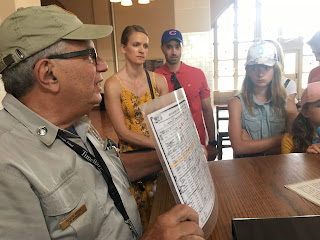 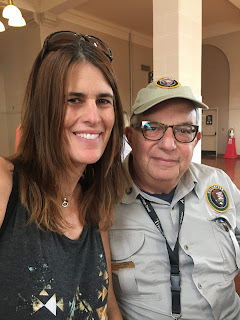 Led by the amazing tour guide (and retired NY history teacher,) Arthur Green, I learned that after grueling trip across the Atlantic, many desperate immigrants would do whatever asked of them to be accepted into the U.S. Submit to invasive medical and cultural exams, change their names, spend days locked up in "cages' while officials decided their fate. The lucky ones made it through--often those who had sponsors or work waiting for them. But so many entered New York City with the clothes on their backs, a few coins in their pockets and big dreams in their hearts.


At Ellis Island, I feel them waiting in endless lines, in the oppressive heat, dressed in their best winter clothing with fear and questions beating like heartbeats in their chests. I feel the coldness of the tile, the degradation of the cages that isolated the "potentially unworthy." All the while the American flag stands guard overhead. 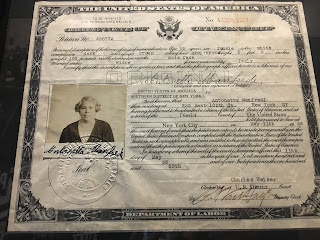 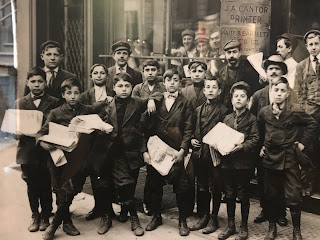 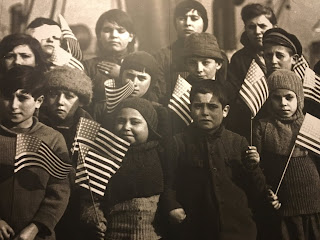 I am reminded of the quote on our beloved Statue of Liberty. She says, “Give me your tired, your poor, your huddled masses yearning to breathe free, the wretched refuse of your teeming shore,” she wrote. “Send these, the homeless, tempest-tossed to me, I lift my lamp beside the golden door!” 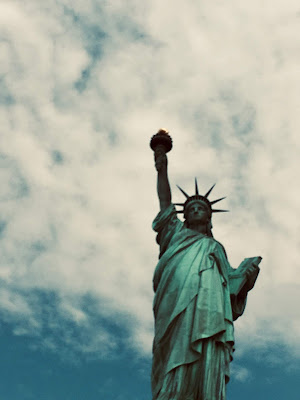 I wonder about the huddled masses from every continent who set sail for personal, political or philosophical freedom. Those who dreamed of making a fresh start for their families. They became the bedrock of our country (at a time when the atrocities of slavery and extermination of native peoples still lingered like a dark cloud over us.) Regardless of origin, most immigrants faced a backlash in the U.S. Persecution over religion, economics, cultural differences.


I wish I could say that things have changed.

Another trip to the Owens Valley, the high-dessert northeast of LA, reminded me once again of the atrocities committed in this country; acts of fear that lead to inhumanity. At Manzanar Relocation Camp, I am haunted by so many things. The harshness of the desert. The stillness. The remains of vibrant people attempting to bring beauty, culture and hope to a desolate place. Desolate times when civil rights had no meaning. 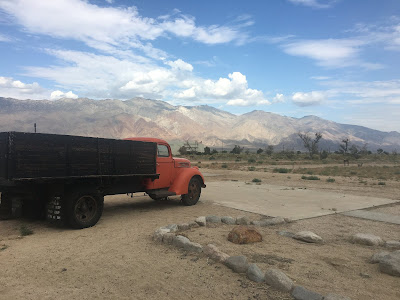 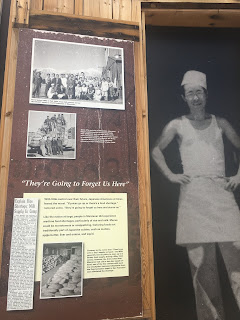 Established in WWII as a reaction to Pearl Harbor, FDR signed an executive order that allowed the U.S. government to inter anyone of Japanese descent in these isolated camps. Order 9066 ripped away the lives of almost 120,000 people, most U.S. citizens--and soon Canada and Mexico followed suit. Located in remote areas in the West, camps were often old racetracks, fairgrounds or buildings not meant to be lived in by humans and often had shortages of food and lack of sanitation. 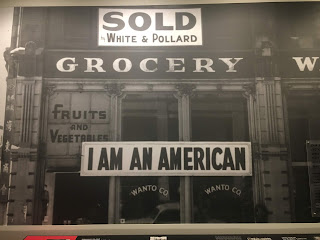 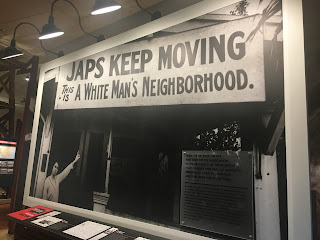 Life was not easy. Life was not private at the camps. According to the National Park Service, "By 1942 more than 10,000 Japanese Americans were crowded into 504 barracks organized into 36 blocks. There was little or no privacy in the barracks—and not much outside. The 200 to 400 people living in each block, consisting of 14 barracks each divided into four rooms, shared men’s and women’s toilets and showers, a laundry room, and a mess hall. Any combination of eight individuals was allotted a 20-by-25-foot room. An oil stove, a single hanging light bulb, cots, blankets, and mattresses filled with straw were the only furnishings provided."


Ten relocation centered were scattered across the West and each became its own town with schools, work areas, post-offices and farmland for crops and livestocks. But these cities were surrounded by guard towers and barbed wire. There was no freedom. 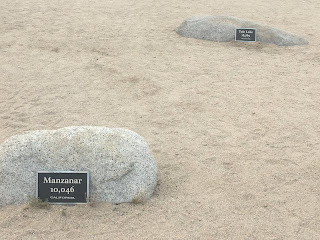 Just over 11,000 Japanese Americans were processed through Manzanar and by the time the war ended and internment camps were ruled illegal in 1945, many residents had spent over three years of their life there. While interned, residents tried to take ownership of their communities. They dug irrigation canals and grew vegetables, fruits and raised livestock or built baseball fields. Some built furniture or sewed clothes. Others served in the kitchens, or as doctors, nurses, teachers or law enforcement. 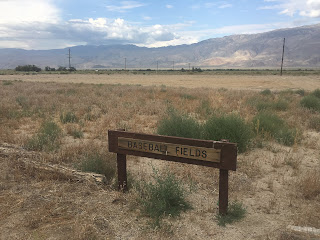 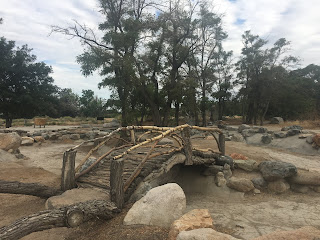 
There was hope. All over the camps, elaborate gardens were constructed by residents out of local resources, which created a sense of purpose, ownership, peace. One of the most iconic gardens complete with elaborate bridges and a fish pond was built by Kuichiro Nishi and his brother Akira, who ran their family's nursery and flower shop before the war. "Pleasure Park" or later renamed after the camp director, Merritt Park, was a place for residents to reflect on the solitude of the desert or a place to socialize; to find meaning and connection during unjust times. 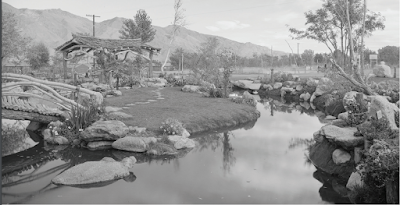 In 2011, with the support of the descendants and extended family of Kuichiro Nishi and the Friends of Manzanar, Merritt or Pleasure Park (should be renamed as "Nishi Park") was uncovered, restored and preserved and a symbol of the fierce determination, tenacity and beauty that lived in the hearts of Manzanar's residents during such a dark period; one of the most atrocious violations of American civil rights. I am struck by the detail, the artistic expression juxtaposed and within such a harsh environment. These residents persevered. Created homes full of honor, dignity, respect, at a time when their own country had stripped away their humanity.


Three Japanese Internment Camps are now a part of the National Park service in hopes to remind and stop this government-sponsored racism.

It is with rage and a heavy heart, that I feel we still have so much to learn. As systematic racism continues to weave its sticky web into our lives, we must visit these places. Face these atrocities. Again and again.

We must make it stop. 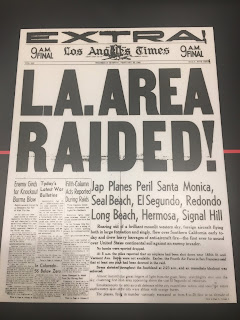 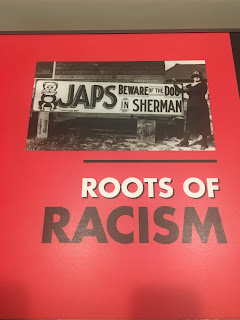 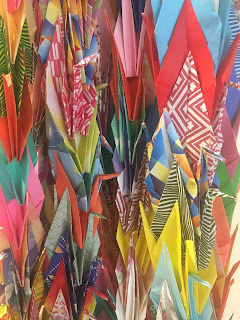 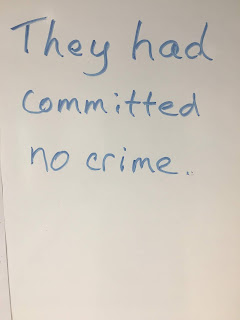 Lori
I'm a writer and a teacher, uncontrollably addicted to travel.

EVERY GOOD BOOK NEEDS A DOG is a way to honor writing. It is a combination of postings by fabulous kids: book talks, poetry, and shorts, highlights of recent school visits and festivals, and musings on writing.
Email submissions to: Kidtales@me.com
Enjoy, and happy reading!